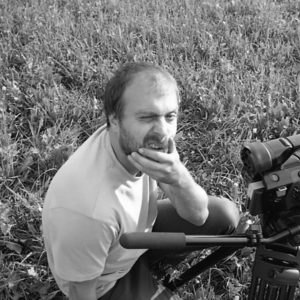 Romanian cinematographer and photographer. In 2002 he graduated from the National University of Theatre and Film in Bucharest. As a camera assistant he worked on the film The Death of Mr. Lazarescu (2004, directed by Cristi Puiu, DoP Oleg Mutu). He collaborated with Paul Negoescu on his EFA award nominated short film Renovation (2009) and on his feature film One Month in Thailand (2012). His other feature films include Oli’s Wedding (2008, directed by Tudor Jurjiu), Everybody in our Family (2011, directed by Radu Jude) and the 2013 Berlinale Golden Bear winner Child’s Pose (2012, Calin Peter Netzer).