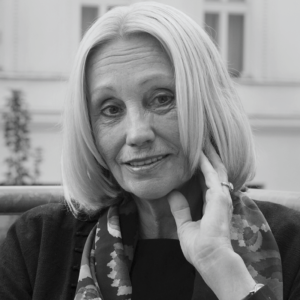 Olga Sommerová studied documentary film at FAMU, graduating in 1977. Her films focus on social themes and human relationships, the lives of ordinary people and important figures, feminism, and the political history of the Czech and Czechoslovak Republics. She taught at FAMU in 1991–2002, heading the documentary film department for eight of those years. In 2005-10 she was associate professor at the Academy of Arts in Banská Bystrica, Slovakia. On the strength of the successful film What Women Dream About (1999) she published three volumes of interviews bearing the same title, and also the book What Men Dream About. She has made around one hundred films, which brought her 35 awards at Czech and foreign film festivals.