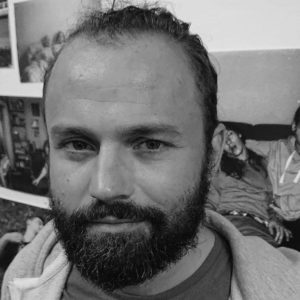 Radim Zbránek has been a member of the LAILA avantgarde group since 1996, in which he gained a relationship with alternative culture. With the inspiration gathered at foreign festivals, he began to feel the compelling need to create his own music evenings. He was always attracted to non-traditional spaces, so he decided to organize his first event in an abandoned cowshed called Cowhouse (hence the name Cowhouse Production). The winter edition was then called Snowhouse. This was followed by a series of concerts at the chalets (Chalet). His production abilities in the consecrated church of St. Barbora in Hranice with the title STORY. He is currently involved in the program of the Karnola border community center, where he organizes TOK music events.