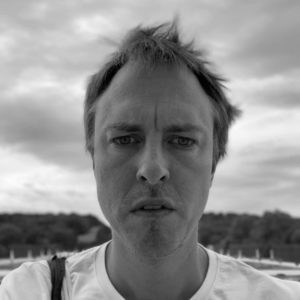 Martin Mazanec studied Sociology and Film Science at Palacky University and graduated from his postgraduate with his work about cinema which was designed by architect Frederick Kiesler (FAMU Prague) during 20’s in the 20th century. Since 2007 he has been directing curator of cultural platform Festival of Film Animation and Contemporary Art (PAF) and with Jan Šrámek he has been working as a director of Atelier Video (FaVU Brno) since 2017. He is interested in curatorship and mediation of motion picture of film and video in galleries or film industry. He created several monographic catalogues and anthologies and rarely publishes. He lives and works in a family vineyard in Velké Bílovice.