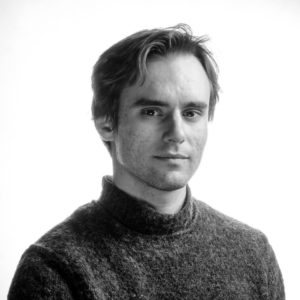 Tomáš Frkal started shooting videos while skateboarding. He graduated from the Secondary Technical School of Film and Television and after the first year of studying cinematography at the Film Academy in Písek was admitted to study cinematography at FAMU Prague. He has created most of his feature films with Simon Štefanides, whose film Collision appeared on the BAFTA shortlist in 2017, and with Tereza Vejvodová, whose film A Part was nominated for the Czech Lion Award at the Magnesia Award in 2018. He is currently completing the feature-length documentary A New Shift with Jindřich Andrš. He is also working on an experimental music documentary Piano Pripyat about abandoned pianos in Pripyat in the vicinity of Chernobyl. In addition to making short films, he also shoots commercials and is also completing a Master’s program at FAMU.