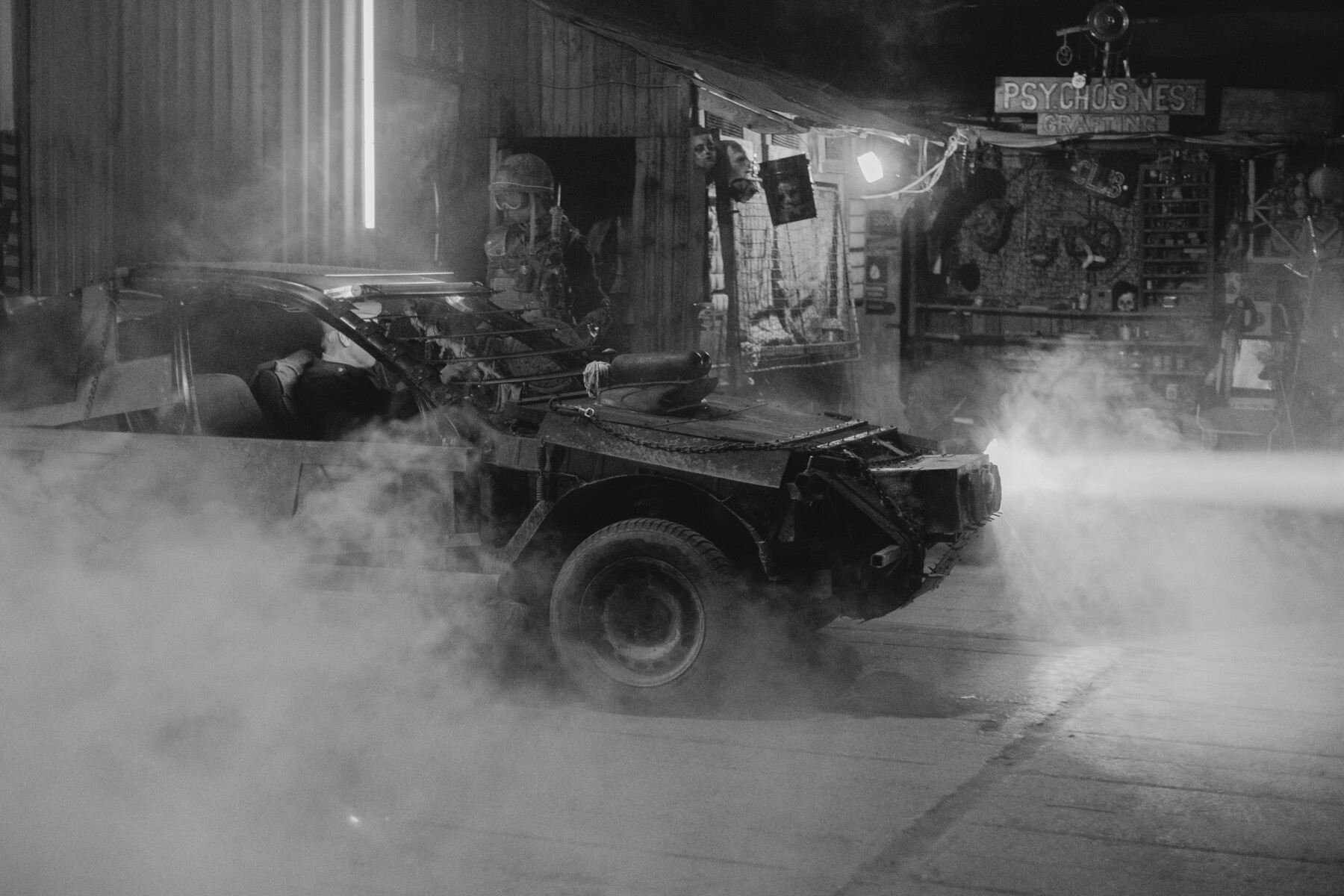 Czech Republic | 2020, 13 min. | director: Jakub Vrbík, Matěj Sláma | DoP: Patrik Balonek | screenplay: Patrik Balonek, Jakub Vrbík, Matěj Sláma | cast: Miroslav Hořínek, Dušan Sítek, Anita Krausová, Zuzana Waltrová, Petr Koblovský
The near future, a burnt-out community of ruins and a man who dreams of an ordinary, dull life... Or an unfulfilled railway worker who dreams of a life in the world of action. Imagination and fish merge into one. This mystery, in an unconventional way, explores how it is to be a prisoner of one's own mind and to lose the ability to resist circumstances.

Patrik Balonek (*1988) is a second year Master's student at the Department of Cinematography at FAMU. He has a distinctive visual style that can be seen in his student short films. As a cinematographer, he participated in a feature-length documentary film of the Kopecký family of puppeteers entitled On Blood (dir. Erik Knopp, 2020). His fondness for documentary film led him to director Eva Tomanová, with whom he made Still Together (2014), Born 1918 (2018), and Start Again (2019). With Jan Strejcovsky, he has a feature-length documentary, Is It Worth It? (2021). He also collaborates with directors Martin Jeřábek, Jan Strejcovský, Michael Jiřinec, Jan Hušek, and Jakub Vrbík. Recently he has completed three new short films, where he continues to visually explore the edge of the human eye's tolerance. He is greatly assisted by set designer Kristína Hudečková, his lifelong friend Jan Kuldan, and mentor Petr Koblovský.