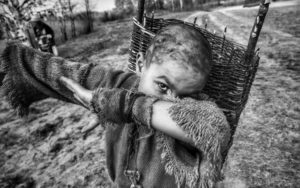 A story about the horrors of World War II and the power of love, humanity and hope that resist them. Scared of the Nazi regime a Jewish family sends their son to the countryside to hide with his aunt. When she dies shortly afterwards the boy is forced to face the horrors of the war alone. The third feature film by Václav Marhoul, The Painted Bird is an adaptation of a book of the same name written by Jerzy Kosińsky. Cinematographer Vladimír Smutný, winner of seven Czech Lion awards will introduce the film at the Ostrava Kamera Oko festival.