Rave on the edge of metal and hell. The footage was originally made for a video clip of the Belgian hard-core band Ox, and the project later blossomed into its current form, being used as a visual performance to a live techno set. Rhizom is a demonic vision, which – despite all the darkness, casts a light on the breadth of Shazzula’s filmmaking and musical scope. Although music does not directly determine the dynamics of the abstract film, the picture and sound communicate strongly, and not only the overall aggressiveness makes the resulting film extremely useful. Hell as an (stroboscopic) image. 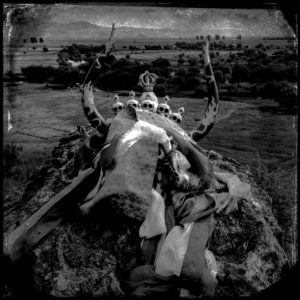 Although she rose from the metal scene, Szazzula does not see the darkness solely FIlming of the first part of The Spirits Trilogy took place in Mongolia, where after passing through the breath-taking “lunar” landscape we witness a magical ritual. The Essor gives you a pass into a completely different world without need for fear of the unknown – it feels pleasant to be adventurous. The fragile, ambient, and hypnotic music background stems from the cooperation with the hurdy-gurdy player Matthias Loibner and violinist Warren Ellis (Dirty Three, The Bad Seeds).

Hell does not have to be the image of an abyss in which the fires of apocalyptic proportions rage. In the concept of Shazzula and Daniel Dujeux it may resemble a daunting but not downright harrowing place where we are all doomed to relive our memories. In the first part of the Visions Partielles de l’Enfer, an enigmatic woman goes through different places and plays with different objects; in the aesthetics of the dark film, they conceive of Man Ray and Kenneth Anger – all of which still work in 2019. This is the meditation in hell that you have accepted. 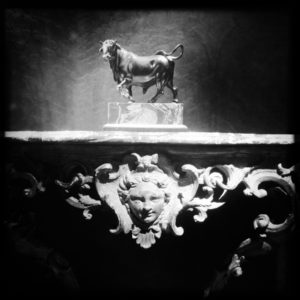 The cycle Visions Partielles de l’Enfer captures the last memories of the earthly life of a woman who is in hell – a specific woman who represents the whole race. We find ourselves in the seventh circle of hell, as described in the Divine Comedy by Dante – that is, in a circle intended for souls who have been damaged or committed suicide during earthly life. The second part of the “partial visions of hell”, once again accompanied by an unpretentious but extraordinarily suggestive soundtrack, will have its world premiere at the festival.