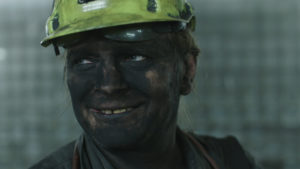 Thomas is almost fifty, a radical football fan of his club Baník, and for the past 25 years he has worked in the Paskov mine. After the mine’s closure, Tomas and his unemployed colleagues are offered to retrain and become programmers. Tomas accepts the challenge and we follow the story of this radical change in an intimate time-lapse portrait. Can he succeed in such a different profession? And what about the rest of us – will we soon be forced to face a similar challenge as a result of the ongoing automation of work? A hundred years of work development and its culture depicted in the story of one person.