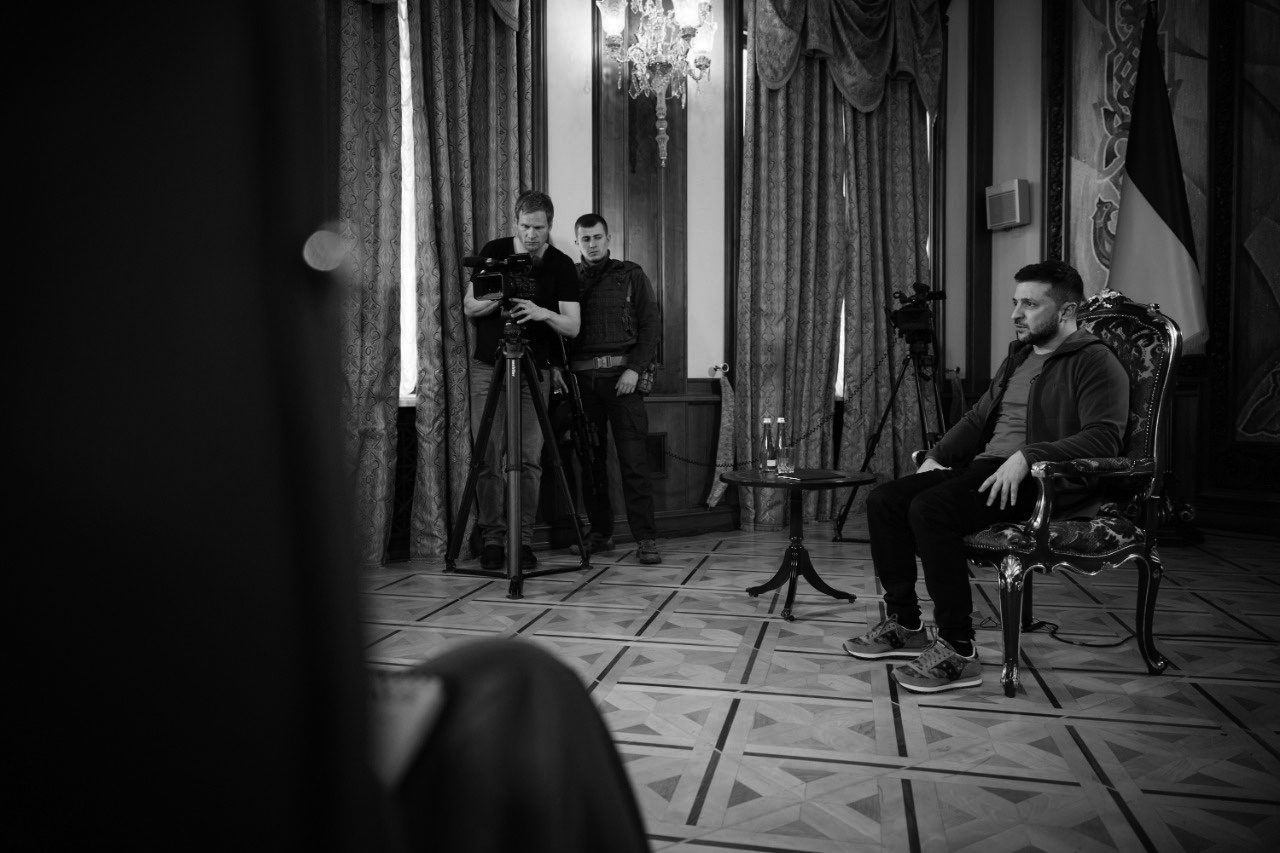 War News Coverage Through the Eyes of Cinematographers

Among other things, they bring important information and images that are often the first things we think of in connection with important world events. But we don't know their faces. War cinematographers have a challenging job, risking their lives to bring us, along with editors and journalists, testimonies from places no one else wants or can go. We have again been reminded of their work's importance in the ongoing Ukraine conflict. Thanks to the Czech Television team, for example, we captured the first extensive interview with Ukrainian President Volodymyr Zelensky. The discussion will focus on the specifics of the work of cinematographers reporting from war zones and will also recall the irreplaceable role of the public media, whose function is in constant question across many groups.
Moderator: Journalist Barbora Loudová (Deník N) Guests: cinematographers Vojtěch Hönig, Marek Halfar
Photo: The Office of the President of Ukraine